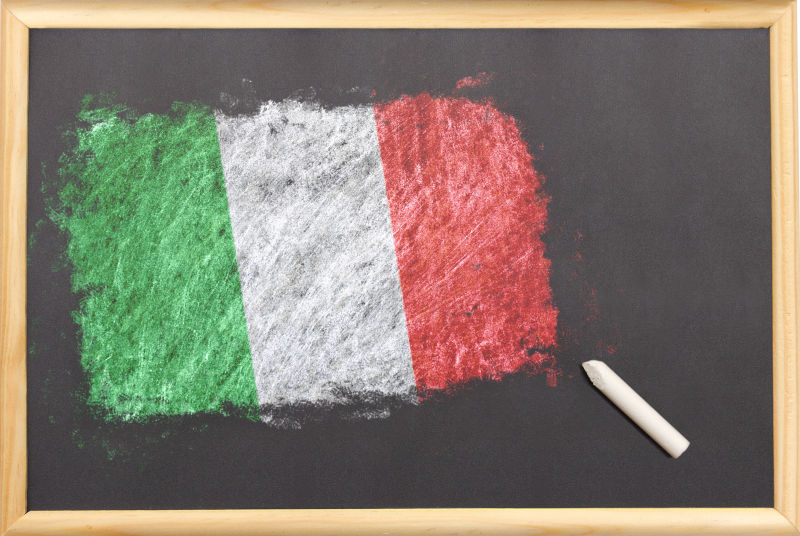 Italian School of San Diego LLC teaches Italian and the Italian culture to kids and adults. It was launched in collaboration with the Italian American Academy of San Diego (IAASD) as a continuation of their Italian language program for children here in San Diego. Our goal is to promote and enhance the learning of the Italian language and culture from a didactic and human point of view. Each week students are welcomed into an engaging environment that favors the pleasure of learning, and the Italian school gives students and their families a space to congregate, united by their passion for Italy and its language. 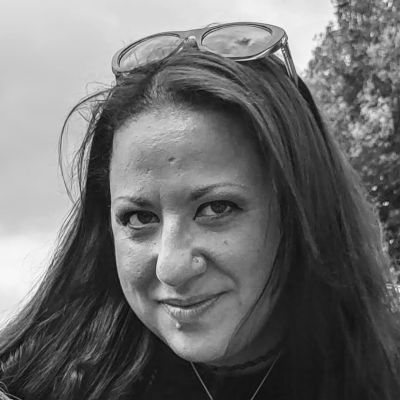 Maura was born and raised in Milan, Italy, and obtained her Master Degree in Educational Science, specializing in training processes, at the Universita' del Sacro Cuore in Milan. Before graduation, she spent a period of study in Spain at the Autonomous University of Madrid, where she became fluent in Spanish. She then moved, 12 years ago, to the United States, first to Santa Barbara then to San Diego, with her family.

Mother of two girls, she cultivated her interest in Education attending the Continuing Education “3-5 preschool experience” classes for 5 years. The courses focused on building social, emotional, physical, cognitive and language skills that prepare the preschooler for Kindergarten.

Maura has been teaching Italian language, literature and writing to children and adults. She joined the Italian American Academy of San Diego faculty in 2019 and taught 2nd and 4th grade classes.

She specializes in maximizing interdisciplinary learning opportunities in different school settings. Creative and compassionate literature is always part of her curriculum. She emphasize dialogue, collaboration and innovation.

She volunteers hundreds of hours each year at the elementary school attended by her daughters as room representative, PTA member, dance performance facilitator and teacher’s support in class for Math, Literature and Art. With joy and enthusiasm she also organizes informal events for Italian families to facilitate the integration of newcomers and the practice of the Italian language and culture. 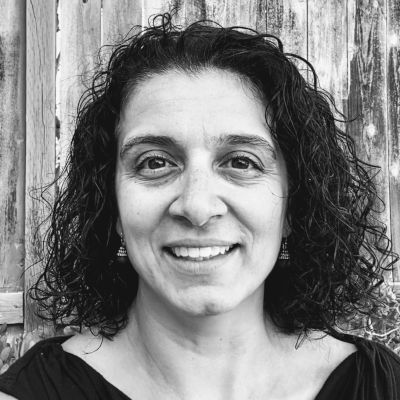 Marilisa was born and raised in a bilingual (Italian-English) home in Rome, Italy where she attended international primary and secondary schools. She later studied at WPI in Worcester, Massachusetts, where she received a B.S. in biotechnology and a M.S. in biology. After completing her studies, Marilisa worked briefly as a biologist in La Jolla, before her passion brought her to New York City where she studied acting at John Basil Studios and William Esper Studio. She also worked as an event planner at Columbia University.

In 2015 Marilisa returned to San Diego with her husband and their two young children. She was excited to learn about an Italian school for children in San Diego (Italian American Academy of San Diego, IAASD) and immediately enrolled her then-four-year-old son. She watched with pleasure as his Italian language fluency flourished and was thrilled that both he and she could meet other Italian families in San Diego. In 2017, inspired by the mission of the school, Marilisa joined the faculty of IAASD where she taught Italian to the youngest students, ages 4-6. In 2021, when IAASD’s elementary school program ended, Marilisa transitioned to teaching at IAASD’s sister school, Italian school of San Diego, where she continues to teach students in grades K-3.

Marilisa currently works as a parent volunteer at her children’s elementary school, focusing on reading and literacy skills. She is also a substitute teacher with Chula Vista Elementary School District and Sweetwater High School District. 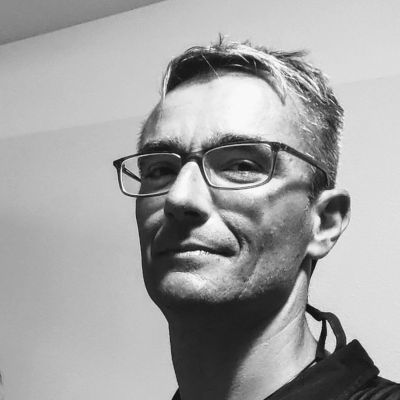 Andrea was born and raised in Milan, few miles from Maura’s hometown, they met in 1999 and married in 2004.

He has a PhD in Astrophysics and works as a computational scientist at the University of California San Diego. Beyond research, he has been teaching graduate students how to analyze data on Supercomputers for more than 10 years.

He also loves learning languages as a hobby: he speaks Italian, English, Spanish, some French, some Russian and started studying Chinese.

Chiara was born and raised in Gaiarine, Italy, forty-five minutes away from beautiful Venezia and obtained her Degree in Lettere e Filosofia in Padova. She spent one year in Paris, France studying the language, medieval literature and enjoying museums, gardens, and the architecture that the city offers.

In 2009 she won a scholarship to attend for a month an intensive course for teachers of Italian at the Universita’ per Stranieri di Perugia. She came to San Diego in 2000 and in 2002 she started to teach at the University of California San Diego until 2018 when she decided to move back to Italy with her family for three years full of adventures. There she taught English in preschools, primary schools and to adults in collaboration with the Association: Fantasia dei Colori. While in Italy she enjoyed the delicious food and had one too many espressos! Her classes are students centered, most definitively interactive. Focus on learning and smile. She believes that children are amazing each in their own way. She embraces them all and together they learn in an atmosphere of kindness and collaboration. She is the mother of two vibrant, bilingual children of 6 and 8 who keep her busy and laughing. She loves to read, smile, art, history, nature, kindness, the smell of fresh bread, other cultures, and learn new things. 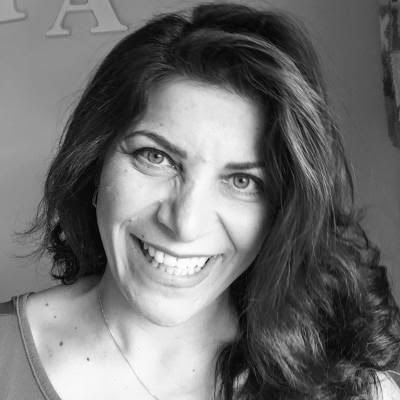 Marina was born and raised in Caserta, Italy, and obtained her Master Degree in English and French literature, specializing in history and cultural studies, at the Universita' L' Orientale in Naples. After graduation, she spent a period of study in England and of traveling to over 25 countries before settling down in San Diego with her family in 2019.

Mother of three kids, she cultivated her interest in Education volunteering for her kids classes. Marina has been teaching Italian language, literature and writing to children and adults. She joined the Italian American Academy of San Diego faculty in 2019 and taught 1st and 2nd grade classes.

Her focus is to make the class fun and interactive. 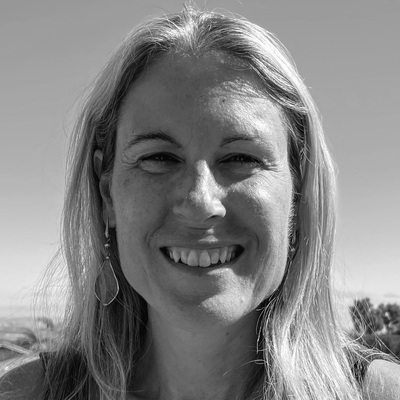 Maria Luisa was born in the beautiful and vibrant Milan where she lived until she moved to California in 2012. She spent the first 6 years in Silicon Valley where her third son was born and then settled down in San Diego. After Liceo Classico (high school in Classical Studies) she earned her Bachelor and Master’s Degrees in Electronics Engineering at Politecnico di Milano. Few years later she obtained her Executive Master in Business Administration from Bocconi University in Milan.

She worked for more than ten years in a semiconductor company in the field of business development and marketing and then she became an entrepreneur creating a website for parents (Whymum.it) and few e-commerce activities.

Becoming a mom let her realize her deep love for kids and education, that’s why she studied Child Development at the Foothills College in Palo Alto with the aim of becoming a preschool teacher. Her dream was to open an Italian school in Palo Alto. Her greatest passions are writing, reading, painting and playing piano and guitar. She regularly write on her website and she won several awards in Poetry competitions. She is in the process of getting the CEDILS certification to teach Italian as a foreign language. She feels blessed to be part of this fantastic project and team. 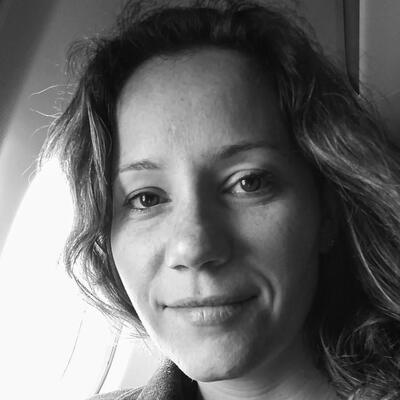 Born in Rome and raised both in the north and in the south of Italy, Cecilia has always seen Italy as a whole in its beautiful extent, been able to appreciate the many differences as its true and unique value.

Soon after graduating in Electrical Engineering in Catania with honors, she moved to San Diego with her husband and started her family. Having children motivated her to strengthen her bonds to the Italian language and culture, in order to pass them onto her kids.

In recent years she dedicated herself to figurative art, using traditional drawing and painting to capture the beauty of people and places. 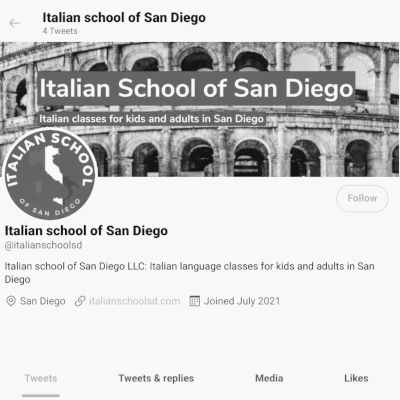 Iris, Maura and Andrea’s daughter, is Italian-English bilingual, she attended Italian classes at the Italian American Academy of San Diego and attended 4th grade in Italy.